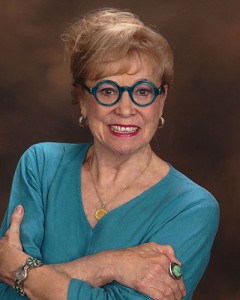 A native of San Diego, California, Doria has owned her own business, Designs by Doria, since 1981. She began her career designing one-of-a-kind and limited edition clothing that was marketed wholesale and retail throughout the United States.

In 1995, Doria began designing textile art for home and office decor. Her mixed media artworks have been juried into national and international exhibitions and have received numerous awards. Her work is in both public and private collections and she continues to accept special commissions. Her designs have been published in books and magazines. Her mixed media artwork “Time’s Release” appears in Fiberarts Design Book 7, a book that was published every five years and chronicles the best fiber art throughout the world.

Although designing mixed media artwork is Doria’s primary focus, she also enjoys creating one-of-a-kind Art Books. Her original paper products, cards and journals, as well as jewelry and assemblage art can be found in galleries and museum gift shops.

Doria served on the Quilt Visions Board for three years, producing the Vision’s 2002 biennial exhibition at the Oceanside Museum of Art. She designed the layout and cover for the catalog and also handled the national publicity.

Doria earned a Bachelor of Arts in Applied Arts and Sciences and graduated with Distinction in Art from San Diego State University. Her professional memberships include: